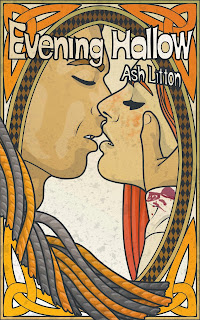 Evening Hallow is now free through Smashwords to celebrate the pending release of Cabover Cabaret! This promo will go until midnight 3 Feb 2017. 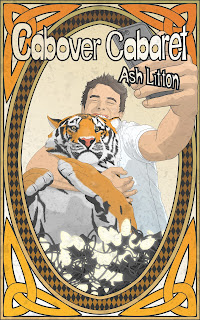 To get your free copy of Evening Hallow through Smashwords, please enter code VJ52B upon checkout.

Each copy of Evening Hallow will come with a sneak peek of Cabover Cabaret!

Click here to get your free copy of Evening Hallow.
Posted by Ash Litton at 12:00 AM No comments:

In continuing with my spotlight of fellow authors, this month I'm interviewing JR Creaden.

JR is an author of Young Adult Science Fiction, and is working to publish RE: MORSE, a novel set in the distant future, which follows the journey of Hugo, a gentle teen who must become fierce to protect four aliens who've won his heart. Re: Morse is a space opera with time travel, a troublesome AI, and a mad teen scientist, and explores issues of friendship, identity, freedom, and consent.

To start us off: would you consider Contact Files to be hard or soft Science Fiction? Are there elements that cross into Fantasy?

JR: Contact Files is soft science fiction, for certain. The plot hinges on the existence and use of a time travel device (a temporal quantum field engine), and there's no such thing. Yet. Alongside time travel, there are site-to-site teleportation devices, and these coincide with matter resequencers. While these are all well-established scifi tech norms, I realize they're pushing the boundaries of true science. For now. I'm a believer in possibility.

The aliens have some quasi-fantastic traits that sit on that narrow fence between hard and soft science fiction. Telepathy, temporal "control", and meta-consciousness are all featured in the first book. 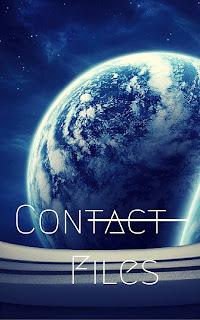 At the same time, the reality created in the book (aside from those mentioned) are drawn directly from hard science. Issues of stellar entropy, genetic diversity, biological evolution, and cosmic life cycles are at the root of the problems the characters must solve.

What do you find is the hardest thing about writing?

JR: All parts of writing come with their own challenges from my experience. In the planning stage, there's the struggle for looking for that balance between a unique hook and a familiar or believable setting. During the writing, there's the challenge of getting lost in tangent, of finding the best scenes and the best way to frame them. Once I'm editing, the hardest part is listening to critique and making the hard choices to cut or expand, rewrite or erase.

I find I push boundaries with each writing stage, honestly, so perhaps these things would be easier if I stopped trying to fight every battle at once?

Have you written works in collaboration with other writers, and if so: why did you decide to collaborate, and did it affect your sales?

JR: I'm currently ghostwriting a story for an engineer, but that project is still in development, so I don't have any sales projections. I decided to work with him, because I found his ideas surprising and strange. It seemed a shame that, since he "doesn’t write", his story would never be told without help. I'm a helper.

When I started Contact Files, I knew right away that this was an enormous task for one writer. Can I do it? Of course I can, but it may take me a decade to pour everything out. I'd love to find other writers to work with on the later books or adapting the books to screenplay.

Knowing what you do now, what advice would you give to your younger self?

JR: Don't marry a narcissist; it's detrimental to your health and purpose. Be wary of toxic people of all kinds, because you will attract them like flies as you stomp unawares through life. Stay light-hearted and open-minded, that's who you are, but don't be afraid to say "no" or to stand up for yourself.

Back up every draft, so you don't end up rewriting the same chapter five times. Seriously, losing work is extremely frustrating.

Last one: if you could only read one book for the rest of your life, which would it be?

JR: Tom Robbins' Still Life With Woodpecker. If you only get one book, it might as well be a book prepared to sell you on the value of a "single" thing. 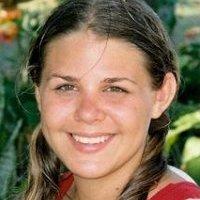 JR began her writing career as a child disgruntled with song lyrics. After some early success with poetry and essays, she spent decades distracted by songwriting and academia until her story dreams became too interesting to keep to herself. Her current YA space opera series Contact Files will soon be ready for public consumption or vivisection.

Her goal is to share stories that inspire readers to embrace cultural diversity, the promise of science, and the value of humor and imagination to build a future that's more Star Trek and less 1984. When she's not writing, JR enjoys exchanging "your mama" jokes with her children, floating in lakes, and slaying virtual dragons. You can follow her on her Website, Twitter, and Facebook.
Posted by Ash Litton at 12:00 PM No comments: 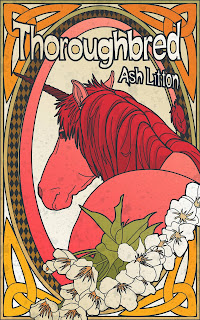 Thoroughbred is now free through Smashwords to celebrate the pending release of Cabover Cabaret! This promo will go until midnight 27 Jan 2017.

To get your free copy of Thoroughbred through Smashwords, please enter code AH79T upon checkout.

Each copy of Thoroughbred will come with a sneak peek of Cabover Cabaret!

Click here to get your free copy of Thoroughbred.
Posted by Ash Litton at 12:00 AM No comments: 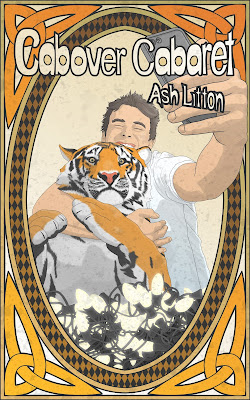 For those of you who've been seeing it on my Twitter feed, you know that this is the finished cover for Cabover Cabaret, my next short story due to be released tentatively 10 February 2016.

In this serial, we return to Arthurfield, WV, my crossroads for the preternatural. Here we have Reggy, a weretiger who's survived more than enough centuries to make him cynical, and yet he has found ways to remain jovial enough. His newest partner, Thomas, just started working for Discreet movers, a company that specializes in the needs of the preternatural community. Together, they'll be in for one hell of an evening in terms of weird and unusual events.

This one has definitely been a labour of love, with many a rewrite, many a cry, and many a "How the crap do I make this thing shorter—it's already 16,000 words!" Well, that last one didn't turn out the way I wanted, but that's okay. The pacing, according to my beta readers, is great enough that they didn't notice the length. I'd call that a win.

As to its release, Cabover Cabaret will be the fourth Appalachian Dream Tale, and will be available through multiple vendors, such as Amazon Kindle, Smashwords, Kobo, Nook, iBooks, etc. As the author, I ask that—if you can—please make your purchase through Smashwords, as they offer the best return for authors as far as royalties are concerned. I know it may not seem like much, but that kind of incentive helps self-publishing authors like myself stay committed to their craft, maintain their resources, and renew their websites. So thank you in advance, and I hope to have the pre-orders up soon for you folks!