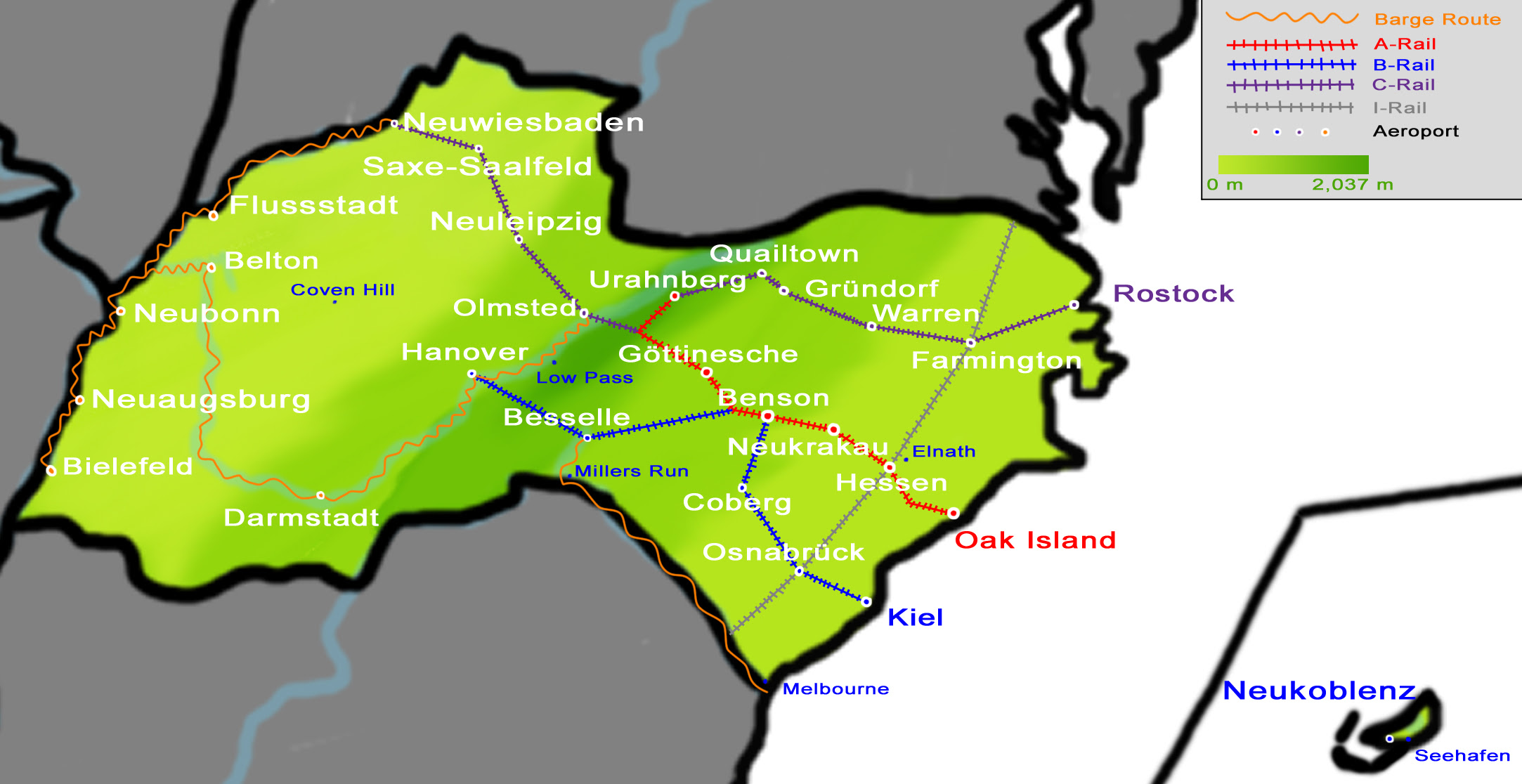 *gasp* Twelve days into May and I'm just now getting a post up! I'm sure you'll all forgive me, though, since I come bearing a gift.

I've been working on the nitty-gritty details in between drafts, and taking the time to get a map together with some of the areas of interest.

This is Kaiserreich, a state on the eastern coast of North America. Its capital is Göttinesche, which falls on the A-Rail (red). The large port cities connected by rail and aeroport, are noted by the white circle enclosures. Off to the right, there's Nearly Island, which was a stopping point happened upon chance by the Saxons and settled as a shipping port/way station.

Before you ask, yes there are hundreds of smaller cities and towns, but I most likely won't get to those since they aren't essential to the plot.
Posted by Ash Litton at 12:57 PM