Hammering out the details

Howdy, folks! I know my posting habits have been erratic as of late, so I'm going to start keeping a Saturday schedule. This might be a little easier for us all, and this way I can compound my thoughts and progress reports for you in one update.
This past week, I've been tying up the ending on The Cardinal's Direction. It's been a bit of a pain, I'll be honest, for all the story I dreamed up, I had to Y-plot to fall between X- and Z-plots. Yeah, I've got my ending, but you can't end a story without tying up the loose threads.
I don't know about you folks, but I hate a story that has too many dangling plot lines. So I try not to do that, and I try to keep everything as solid as I can. Tis why I edit, re-edit, then edit again, and edit once more for good measure.
While working on The Cardinal's Direction, I've been conceptualizing the characters in my story. Below, I've been working out what the nightmares look like so I can better describe them in-story when I go through and begin my editing process. As you can see, I've gotten them pretty well worked out, aside from their feetsies. Boy, those claws are hard to translate to paper what I'm seeing in my head. Eventually, I'll get it, and hey, you've got some official art from me of the nightmares.
Once I finish up work on the initial draft, The Cardinal's Direction is going to join the rotation of stories I have in edits. Of course, I'll keep you posted on the progress of the others. 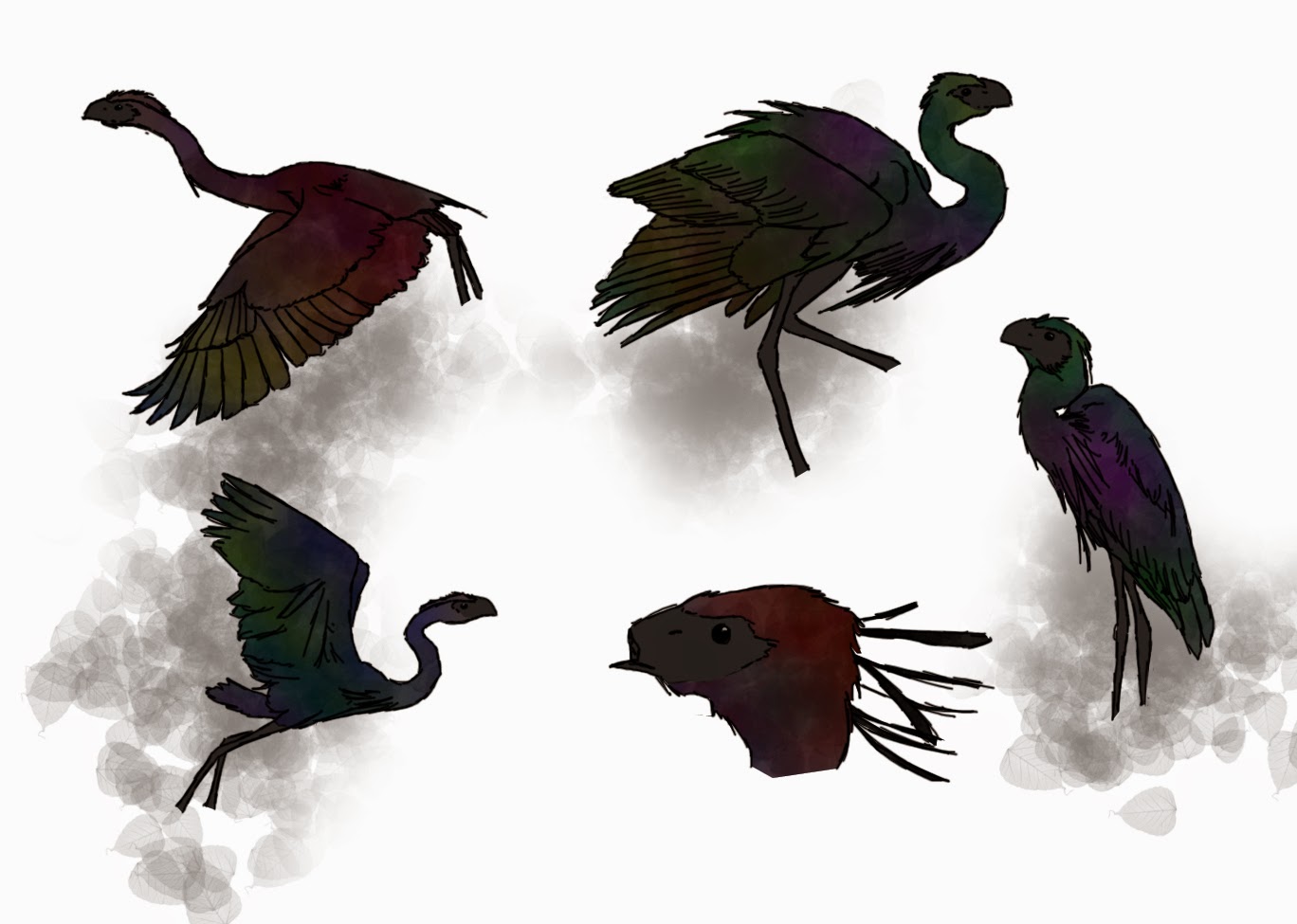 In other news, there's nothing new to report on the progress of Uncertain Heirs. I've had no responses since last week, but hopefully I'll hear at least a "No" from an agent soon.

And finally, as a reminder, Thoroughbred is still on sale for .99c. You can get it through Amazon for your Kindle or Kindle App for your mobile device or computer. Also, if you're trying KindleUnlimited, you can get it for free!

That's all for now, folks. Tune in next Saturday for more updates on my querying adventure and writing progress.
Posted by Ash Litton at 11:07 AM