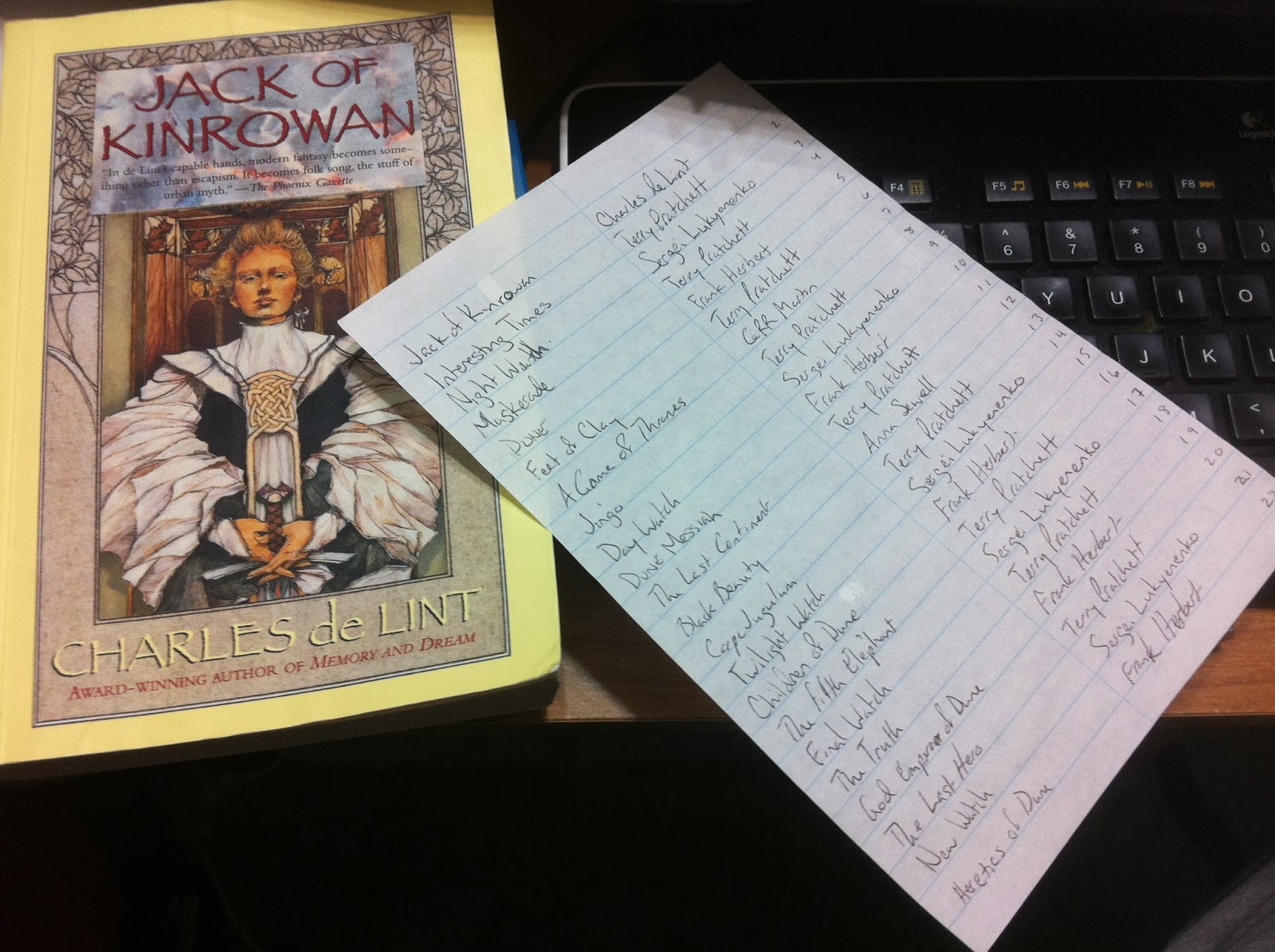 Today I finished Jack of Kinrowan by Charles de Lint, which is divided into two stories -- Jack, the Giant Killer and Drinking Down the Moon. While I was impressed with de Lint's writing style, I thought he did a great injustice to the reader. Let me explain . . .

Jacky Rowan is the main character of both stories, yet her portrayal as the fabled Jack of Kinrowan is a disappointing one. Jacky makes stupid decisions, especially in Drinking Down the Moon, which leads her friend Kate "Crackernuts" Hazel to shine through her strategies and common sense. It's a good thing this book is written from multiple perspectives, otherwise I would have to give it a 3.5 for Jacky's lack of character. Kate, hands down, is the star in my opinion, and earns the book 4 out of 5 stars.

On another note, you'll notice the fancy list next to my book. I've started a reading list for myself, the goal to read at least 25 books this year. So far, I've finished the first book (Jack of Kinrowan), and am halfway through the next book (Interesting Times by Terry Pratchett).

I've got several stories that I need to finish, which've made their way onto the list, and then I have books that I haven't read in years (such as Dune) that I'll be re-reading before I move on to their follow up books. If possible, I'm going to post reviews of each one as I finish them. If I forget any, then apologies in advance.
Posted by Ash Litton at 9:02 PM